Meet LISA Academy » About Us » Leadership

LISA Academy is grateful for the leadership of its Board of Directors, its Advisory Board, and its team of District and Campus Leadership teams. Together we are mighty! 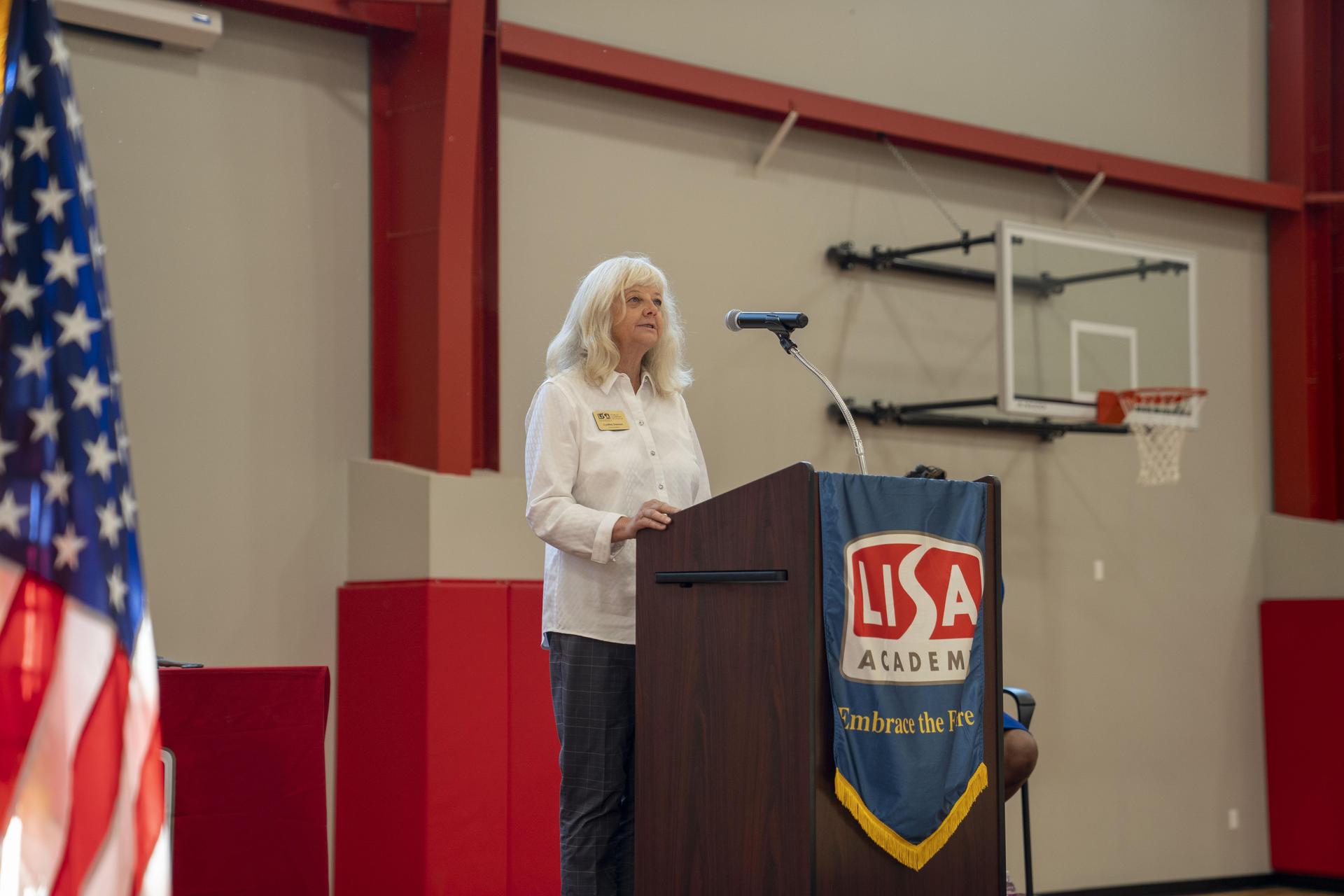 LISA Academy strives to be in the forefront in providing innovative college preparatory and STEM-focused K-12 education in Arkansas and it has established an impressive record in doing so, year after year. LISA Academy was established in 2004 by a group of dedicated educators and university academicians who were passionate about the way children approach math and science and that passion remains a central feature of our LISA schools.

LISA stands for Little Scholars of Arkansas, but it also represents our four pillars: Learn, Innovate, Support, and Achieve. LISA Academy’s high rankings on the yearly ACT Aspire tests given to all public-school students in Arkansas clearly show our students learn. For example, in 2018, 83% of LISA schools were graded as either A or B, leading central Arkansas in those ratings, and last year two-thirds of them were graded either A or B. LISA’s growth in student learning scores over those of the prior year has been recognized by the Arkansas Department of Education, with three of its schools placing in the top 10% in 2019 and LISA North High School showing the highest growth of any school in Arkansas for the past 3 years. Examples of LISA Academy innovation include its organization of the Arkansas STEM Festival each year, attended by over 2,000 students in 2019, and its participation in the nationwide solar car competition the past two years. Last year, LISA Academy had the only Arkansas team in the 44 teams across the country competing in the race and despite it having only a small budget, the solar car built by the LISA team completed 249 laps and 373.5 miles, thus earning a cumulative 5th place in the nation.

The support that LISA Academy provides to students and teachers is substantial. Last year, LISA Academy ranked 8th in highest minimum teacher salary among the 237 districts in the state, even though LISA, as a tuition-free public charter school, is funded on average 40% less by the state than are traditional public schools. LISA Academy provides a safe, dynamic, rigorous and resource-rich learning environment in which students are especially encouraged in the subjects of math, science, engineering and technology. Other subject areas including language, art, music and sports are not forgotten, however. LISA’s supportive environment results in student achievement: in 2019, LISA students won over 40 awards in regional and state Science Fair competitions, the Science Olympiad team won 1st place in the state, and the LISA Science Quiz Bowl team won second place in the state of Arkansas. The LISA Academy Mathcounts team has won the state championship 12 of the past 13 years.  The college acceptance rate of our high school seniors is above 95% every year, including last year.

It is a source of pride for us on the LISA Academy Board of Directors that LISA Academy has been recognized as the most diverse school district in the state of Arkansas (Public School Review, 2016). We currently have a 77% minority student population and over 30 different languages are spoken in the homes of our students. Diversity within our student body and faculty is another factor in the culture of cooperation and success in our schools, which will help our students to excel in our changing world and the global environment.

President of the Board of Directors 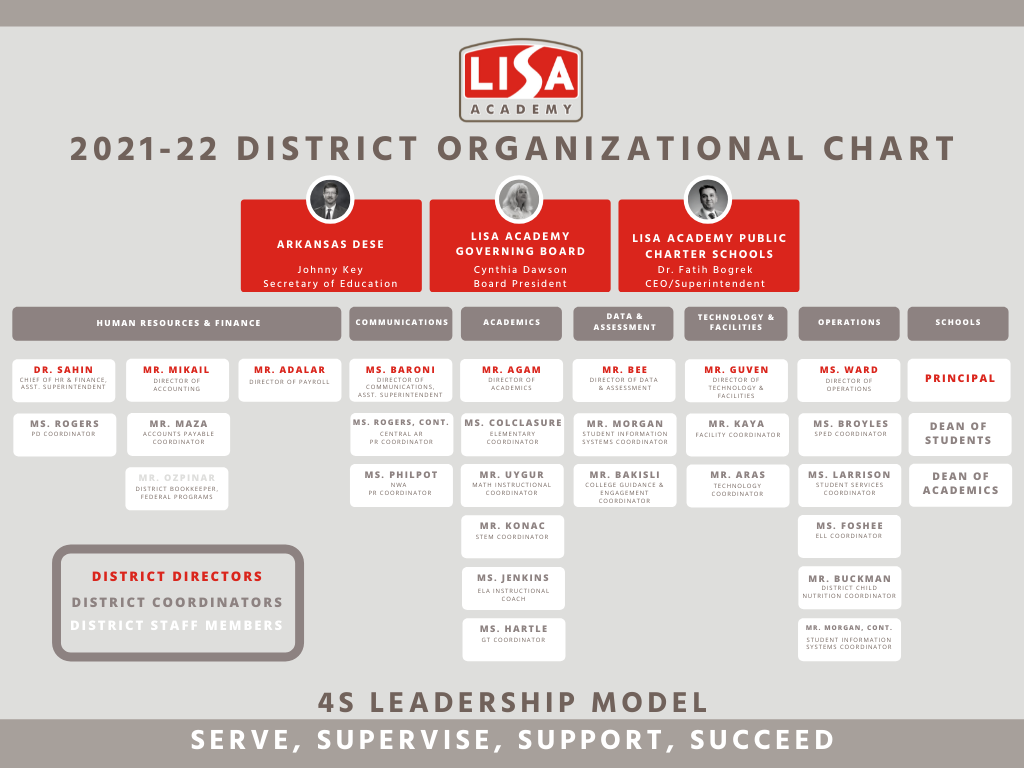 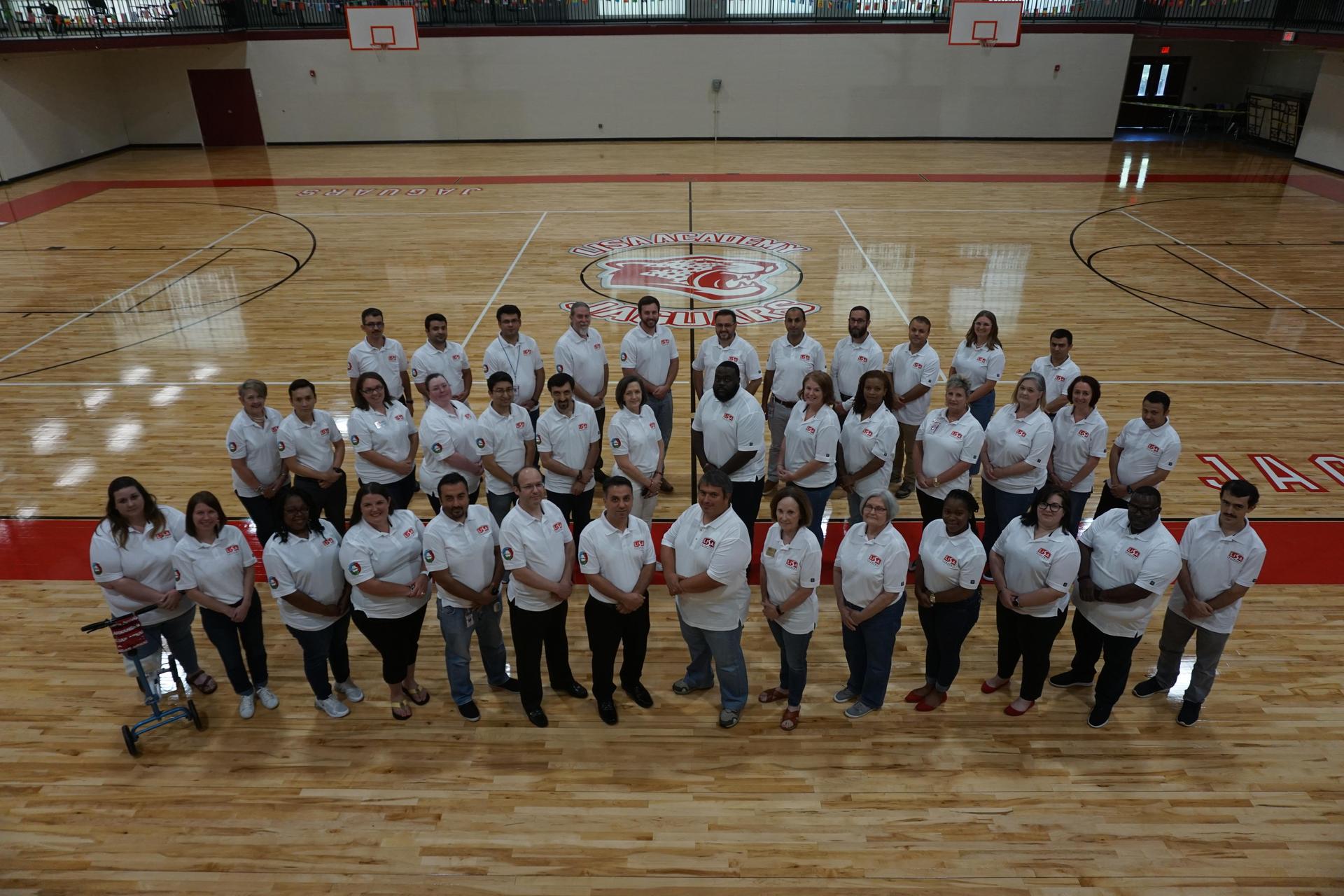